At 10 km from the campsite, visit Domme, a sumptuous fortified town located on a spur. Listed as one of the « Most Beautiful Villages of France », it offers a lovely stroll and a breathtaking view on the valley of the Dordogne.

Domme was founded in 1281 by the King of France Philip III the Bold, at the top of a cliff to protect against a possible English attack. Its strategic position earned it all kinds of vicissitudes during the Hundred Years War, the city constantly passing from one camp to another.

In 1307, the Porte des Tours served as a prison for the Templars. 70 prisoners were locked up there. The Templars engraved a message, graffiti composed of words, crucifixes, characters, … still visible today but always indecipherable. Then Domme remained Catholic suffered several attacks during the War of Religions in the 16th century and then known the uprising of Perigordian crisp until the 17th century.

Despite a turbulent history, Domme has survived the centuries without suffering the ravages of time. The city is offered to us as it was. 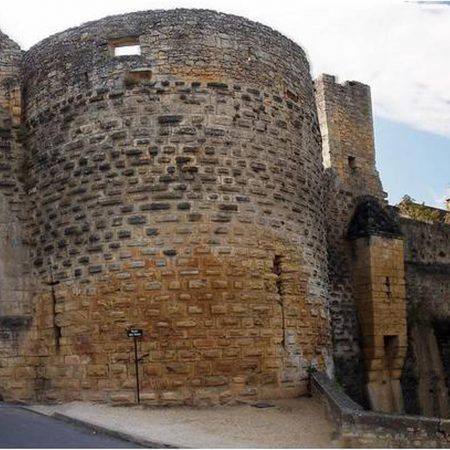